← more from
Pequeno Imprevisto
Get fresh music recommendations delivered to your inbox every Friday. 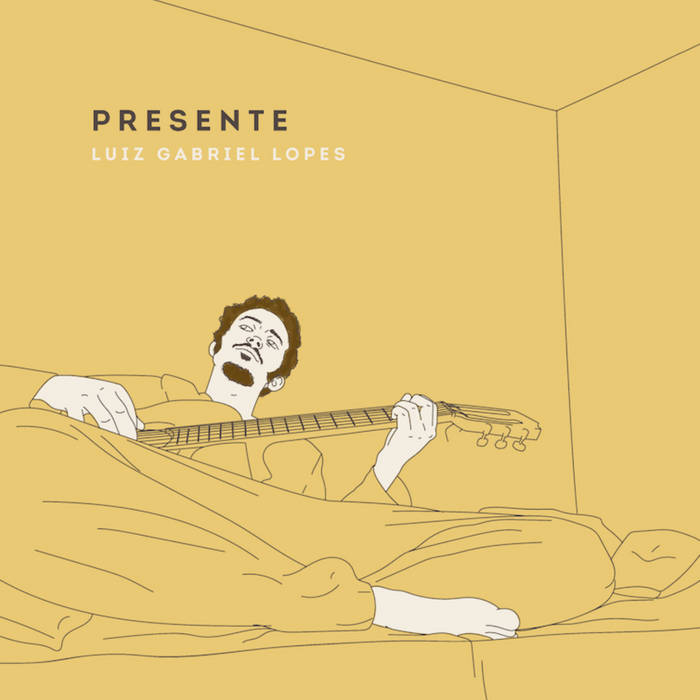 One of the prominent names of contemporary Brazilian music, Luiz Gabriel Lopes is releasing his most recent EP, "Presente", this May. The album was recorded at his house in Portugal, where the artist is self-isolating during the pandemic Coronavirus, and was mixed and mastered in Brazil by Otávio Carvalho (nominated three times for the Latin Grammy).

The album is being released by the Brazilian brand new music label Pequeno Imprevisto, and will be available first on Bandcamp at May 4th, and later on digital platforms at May 11th.

It is surprising that Luiz had never recorded an album with just voice and guitar. Esteemed violinist, he has been influenced by icons of Brazil's musical history like Gilberto Gil e Caetano Veloso and folk music, such as Nick Drake. He is also known for touring the world playing his 6 six-string guitar, and also for creating Mostra Cantautores - an annual music festival going to its 7th edition.

"Passando Portas" (2010), "O Fazedor de Rios" (2015) and "Mana" (2017) are part of the artist's previous works. In those past albums, apart from the guitar, he was accompanied by drums, electric guitar, percussion and flute.

In the new album, all instruments' melodies are filled by what Luiz considers the most essential ones: his voice, his guitar and his compositions. The musician chose 4 songs: the new "Minha Irmã", the hit "Lembrete" (recorded by his previous band, Graveola), "Recomeçaria" and "Amigo", a song created by his aunt which he incorporated into his repertoire.

The soft voice of Luiz Gabriel Lopes combined to his guitar and to the songs' lyrics is a peaceful and encouraging way to face what we have all been living at the moment, giving the album 'Presente' (or 'Present' in English) two meanings: an album of the present-day and also a gift.

Bandcamp Daily  your guide to the world of Bandcamp